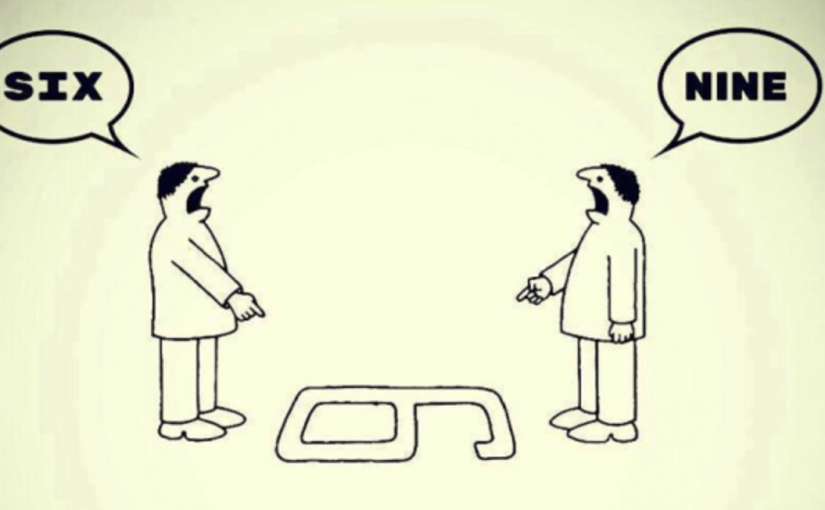 Most of the time, before my first lecture in any class, I am regarded as a student myself and the journey of my identity as a teacher only begins once I start lecturing or start my introduction as a lecturer. Why do you think that happens in most of my first classes? May be because we are overwhelmed with the single story about the perception of teacher wrapped in Kurtis or Sari or a middle aged woman with books in hand and glasses on !!

A friend of mine from Germany calls Nepali Food as ‘Daal-Bhaat’ instead Daal-Bhaat as one of the Nepali Food. Why do you do think that happened? May be because she stayed in a place where Daal-bhaat has been only served and she didn’t explore enough cuisines around !!

We hear a story of a person from another person, make a perception about him or her with the story told to us and treat them accordingly. Does it sound familiar? Why do you think it happens to you? May be because we don’t like to keep ourselves in others’ feet to expand our horizon to multiple stories or may be we made up our mind about someone or something with a single experience we have!!

If you said Yes to my most of the ‘question marks’ above, then don’t you think you are under the danger of single story?

Now the question is how to get rid of the influence of the SINGLE STORY?

We, whoever is working in the social field, strongly advocate the need of ‘NON JUDGEMENTAL ATTITUDE’; but we almost forget that our brain is smarter and faster than we think. When is the last time you decide anything or thought any thought without being judgemental or influenced? When is the last time your brain automatically looked at multiple stories to conclude about something?

But what if we have multiple stories already? Then, is it really impossible?

Here are few things we can do to help us ourselves to get rid being Judgemental; so next time if you think you will get trapped in being influenced by single story, mind these ones:

Learn about the Multiple Stories:
Learn more about the stories, people, places, beliefs, everything. Just have multiple stories about one single thing. Learn from Books, talk to people, visit to new places but just don’t make a perspective on the basis of single story you make. Let Brain to see the things from the multiple angles. So, next time when someone referred Africa as a country, your brain instantly says: No, it is a continent.
(You had Africa in your mind as a country, right? I told ya, Brain runs on autopilot and this autopilot was fuelled by the single story fed to us) Listen More:
Have you heard the phrase-Reading in between the lines? Do it, literally!

We trust explicit information and it’s good to do so, most of the times. But there are also multiple sides of the same story, try to find what it implies then merely believing in the singularity of the explicit meaning.

So that next time when someone says something and you hold grudges toward that being, you read the lines in between the expressions, their situations and multiple factors before you jump into the conclusion of that being.

I never understood this concept when referred by one of my friend, Sujan, until recently when I am trying to explore more on having Multiple stories.
As we cannot stop our brain to stop working in its automatic mode instead what we can do is to feed it with multiple stories, perspectives, information, experiences, interactions so that we start giving benefit of doubt to people around, start accepting them the way they are automatically. If we cannot help ourselves being non-judgemental, at least we can accept the fact of ourselves being judgemental and accept the way we are and help our brain with the power of MULTIPLE STORIES.

(Got the idea? Confused?! Okay, we will discuss about it sometime again)

I know it’s Easier said than Done. I have had my own share of struggle to stop holding grudges and feeling bad about people and situations. I had my own share of instances where many decisions and explanations were done on the basis of single story, I still do that sometimes. But now, when I have known the power of PERSPECTIVES and MULTIPLE STORIES, it’s much easier for me to be non-judgemental and not get trapped in between the single story to come to the conclusion. Ending with one of the very relevant story of my life:

But the UNTOLD answer and my Understated reason (which I share to very few ones) is: I do so, because of my strongest belief in the MULTIPLE Stories; multiple stories of the individual’s, situation, places and their actions and belief systems. How can you judge a person with a single story you have of them with a single experience or single information?

Trust me, the time you start stopping to get stuck in SINGLE STORY and believing and exploring the MULTIPLE STORIES, you will be a different person.
Not just in your relationship, but in the information and perspective you build like in the video I have shared at the end.

I wanted to write something related to ‘Perspectives’ for sometime and my exposure to this video during one of the workshop I attended regarding ‘Narrative Approach’ encouraged me to pen down this article.

Kripa Sigdel is founder and Executive Director of Psychbigyaan Network Nepal-PNN. She is also currently working as a faculty in Department of Psychology, Padmakanya Multiple Campus, Tribhuvan University. Her expertise and interests are in Academics/Research, Counselling, Training and Program Coordination.